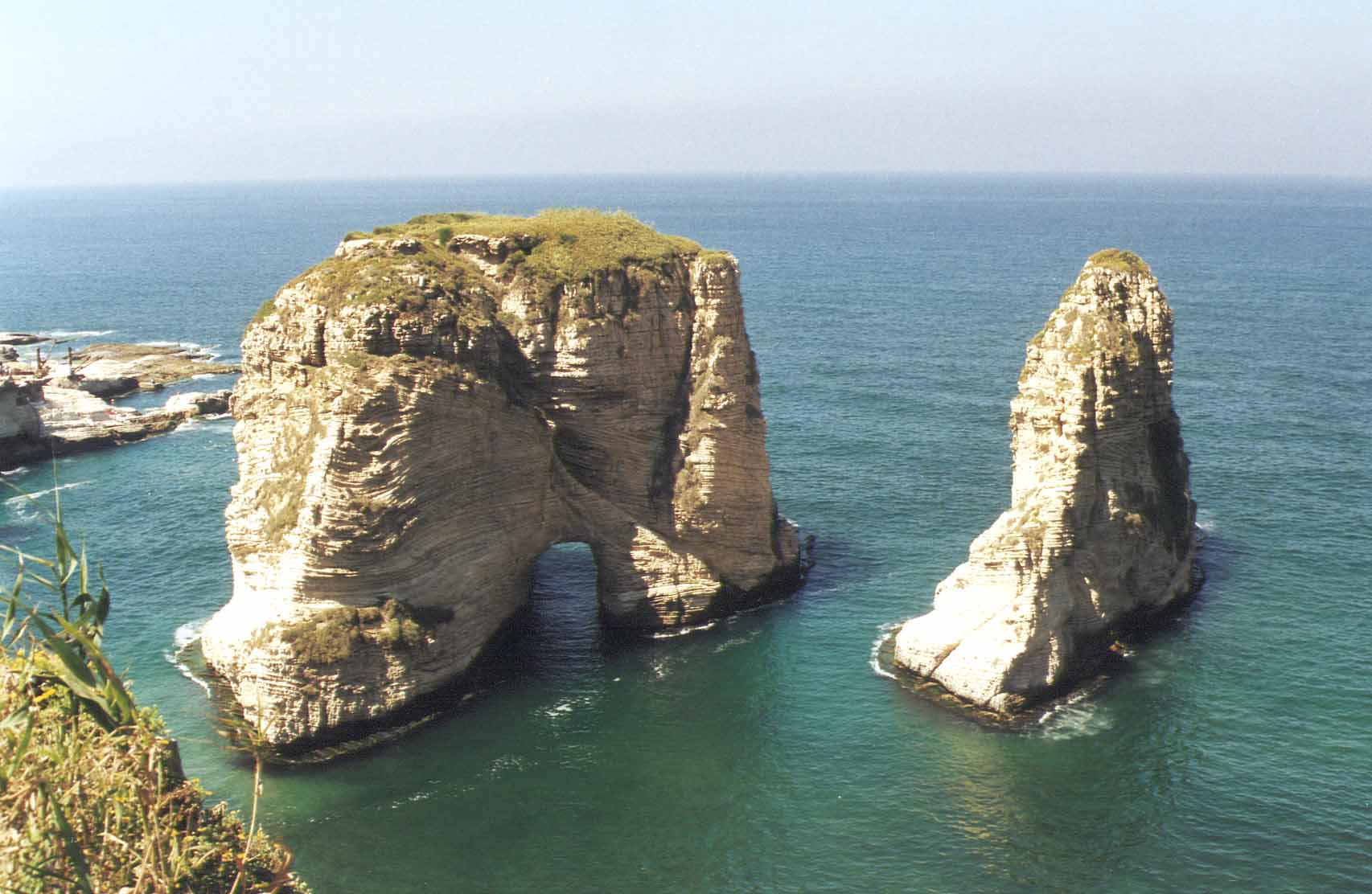 Lebanon is officially called Republic of Lebanon located at the western part of Asia and on the eastern shore of the Mediterranean Sea. Its location is beside the countries Syria and Israel. Lebanon is rich with Jurassic age rocks, the oldest of which is the sandstone occurring at altitudes of 3300 ft above sea level. The country’s area includes mountainous terrain except for the Beqaa Valley which is an agricultural land. Its climate is moderate Mediterranean, which means, winters are generally cool and rainy in nature, while summers are humid and hot. Lebanon is also popular for housing large forests of Cedars of Lebanon which are an evergreen coniferous tree growing up to 40 meters. Despite of the conflicts this country has experienced, it is still rich with natural wonders, which serves as its saving grace.

Jeita Grotto
Jeita Grotto, which is now included among the 28 finalists of the new 7 Wonders of Nature, is characterized by a compound of crystal caves, which is about 20 kilometers north of Beirut in Dog River. It is made up of two limestone caves the upper galleries and the lower cave through which the rivers runs for 6230 meters long. Its total length is about 9000 meters, and you can find one of the world’s biggest stalactites hanging at 820 meters. The two caves provide an escape route or tunnel for the underground river, as the main source of the Dog River. If you want to enjoy both the upper and lower galleries, it is recommended to visit it during the summer wherein cool and refreshing temperature greets every person entering.

Al Shouf Cedar Nature Reserve
Al Shouf Cedar Nature Reserve is situated in the Chouf district of Lebanon and categorized as a nature reserve. Specifically located on the slopes of Barouk Mountain, it covers an area of 550 square kilometers and consists of Maaser el Shouf, Ain Zhalta and Lebanon Cedar forests. It is named as an Important Bird Area (IBA) and eco tourism area since it hosts 200 species of birds, 32 species of wild mammals, and 500 species of plants. Among the tree species are brant’s oak, Cyprus oak, cakabrian pine, kermes oak, stone pine, Syrian juniper and Greek juniper. In addition, there are 32 mammal species and to name a few are gray wolves, golden jackal, wild boar, Caucasian squirrel, mole rat and cape hare.

Horch Ehden
In addition, Lebanon also has the Horch Ehden forest reserve which was declared as a nature reserve in 1992. It is located between 1200-2000 meters on the upper northwest slopes of Mt Lebanon, which is right next to the summer resort of Ehden. The beauty extends to four valleys and the forest harbors take care of the endangered mammals and birds, insects, tree species and colorful butterflies found in Lebanon. Hiking is the most popular activity in this area where you will have a close encounter with wolves, wild cats, eagles, salamanders and even mushrooms. If you are a lover of forests, valleys, and gorges you will surely appreciate this wonder.

Palm Islands Nature Reserve
In 1992, Palm Islands Nature Reserve has been designated the following: Important Bird Area (IBA), Wetland of Special International Importance and Mediterranean Specially Protected Area under the Barcelona Convention. This beautifully crafted natural wonder is composed of Sanani (4 hectares), Ramkine (1.6 hectares) and Palm Island (20 hectares) with 500 meters of the surrounding sea. As a result of being a protected area, marine turtle’s nests increased, rare sea sponges and other fish types are coming back and highly endangered monk seals still visit the islands. To maximize the enjoyment in the island, swimming and snorkeling are the top activities recommended during the summer season.

Kadisha Valley
In the Northern part of Lebanon, lies the Kadisha Valley, this is a deep-seated gorge, carved by the Kadisha River. Kadisha means holy, and in addition, there are several convents, and monasteries built in the area, which are the reasons why it’s also known as the Holy Valley. This valley is situated at the foot of Mount al-Makmal and has many natural caves used as shelters and burial places during the Palaeolithic period. In these caves, you will find the grotto of the mad wherein mad people were tried in leg irons under a St. Anthony icon. At the end of the valley, you will see the magnificent view of snow covered peaks forming the shape of a horse shoe.